Contend For the Faith 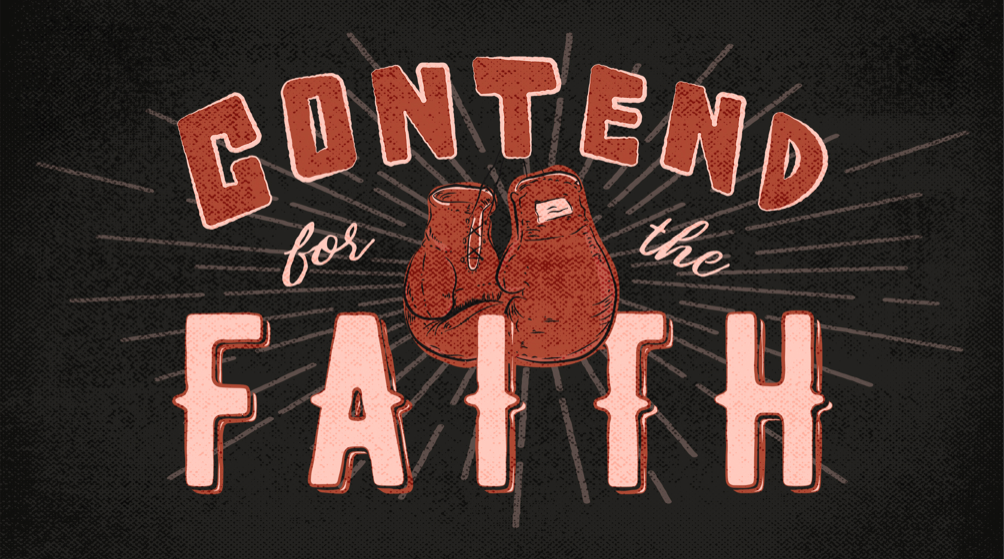 Faith is a Battle

We are now into the 8th month of the craziest year most of us can remember and as August sets in your outlook on the rest of the year might be a little glum. We all rallied together back in March to flatten the curve of the coronavirus, and all of us hedged our bets that by the time July came around, this whole thing would be a distant memory. And yet, here we are at the beginning of August and we have less clarity than we did at the beginning. Now, we’re starting to see governors and mayors making decisions about how the church should gather, and we feel a pressing in of circumstances and pressures that we haven’t felt before.

So how should Christians respond to these kinds of situations? How do we respond to government “recommendations” when we’re not even sure what is true and what isn’t? There are difficult decisions that have been made by churches around the country, with many more to come. We may have to figure out how to gather as a church in multiple locations again, and we as River City Leadership are working on a plan for how to communicate and meet should we be forced into even newer territory.

It’s already a battle to have faith in a world that doesn’t celebrate scripture. It’s already a battle to keep the faith when our own flesh is predisposed to do our own thing. And we have an enemy who wants nothing more than to see us destroyed in the fastest amount of time possible. And all that is when there’s no global situation!

The Bible tells us the days are coming when things will get far worse than they are now. Many who are Bible-believing Christians will change their minds and give in to the temptation of doing whatever it takes to get the government off their backs and stay out of trouble, even if it means denouncing the Jesus they once served. We will not be immune to persecution in the United States – and I mean the real kind, where pastors are drug into the street and killed in front of crowds; where churches are shot up by government-led raids; where teaching the Bible will be outlawed and punishable by imprisonment and death. It’s not a matter of if, it’s a matter of when.

And to be clear, the battle is not against you. It’s against Who you represent. But the end of the story has already been written. There is no question about how this battle will turn out. “These will make war against the Lamb, but the Lamb will conquer them because he is the Lord of lords and King of kings. Those with him are called, chosen, and faithful.” - Revelation 17:14   As we jump into this new five-week series, and then into 1 Peter in the Fall, pray for the strength and grace of God to stand firm against the schemes of the devil, as we wait for the promised victory to arrive.   -Pastor Rodney